Not Goodbye, but See You Around

To all of the incredible members of PTAA,

It's hard to believe, but I came to work at PTAA, which was then known as TAA, back in 2009. We were coming out of the worst recession this country had seen since the Great Depression and I clearly remember getting my first apartment data report that showed local occupancy rates were about 85%. Because I had not worked in the apartment industry I had no way of knowing if that was bad or good, but our members quickly educated me about how bad that really was. Now, 12 years later and 18 months into a pandemic, occupancy levels have been in the 95%+ range for quite a while and I'm fully aware of how remarkably good that is thanks to the education I've been given by you, the people who make the apartment industry such a wonderful and dynamic place to spend your time.

Over the past 12 years, I've seen the industry not only recover from the depths of the recession but thrive as few other industries have. I've also seen the Triad Apartment Association become the Piedmont Triad Apartment Association, and for the association to grow from 45,000 units to 75,000 units in membership. I've seen young leasing professionals become managers, and managers become regionals, and regionals become vice presidents. All of these people have made a positive impact on their communities, and it's been my distinct privilege and blessing to be able to spend my days working with and learning from all of them.

I've also been incredibly lucky to have been surrounded by what can only be described as the best group of colleagues a person could hope for. From the early years working with Ray, Rachel, Denise and Tracy, to working with our current team of Carrie, Amy, Stephanie and Heather, all of them made every day (okay almost every day) a wonderful experience.

For all of those reasons, it was difficult to make the decision to take on the opportunity, and challenge, of joining another organization. However, that decision was made easier because I knew that in making that move I wouldn't be saying goodbye, rather I'd be saying see you around. You see, I've been offered the incredible opportunity to be the Triad Real Estate and Business Industry Coalition's (TREBIC) next President. TREBIC's  President for the last 22 years, Marlene Sanford, is retiring and I have been offered, and accepted, the opportunity to be her successor.

PTAA is a founding member organization of TREBIC, which has provided PTAA with extensive public policy and government affairs representation over the past 22 years. What that means is that when I move over to TREBIC I will still be working closely with and on behalf of PTAA. When I say this isn't goodbye, and I'll see you around, I'm not kidding.

It has truly been an honor to work with all of you these past 12 years, and I want you to know that it is all of you who have made it so enjoyable to work here. I will end this message with something that I tell anyone who will listen. You folks who work in the apartment industry are doing something that is noble and critical for the health and vitality of our community: you are providing housing, a fundamental need, to millions of people. You do it in often stressful conditions, probably none more stressful than the 18 months (and counting) of COVID. For these reasons, and more, I continue to be in awe of you, and that's why I'm so grateful that you have allowed me to represent you these past 12 years.

Thank you so much and I'll see you around! 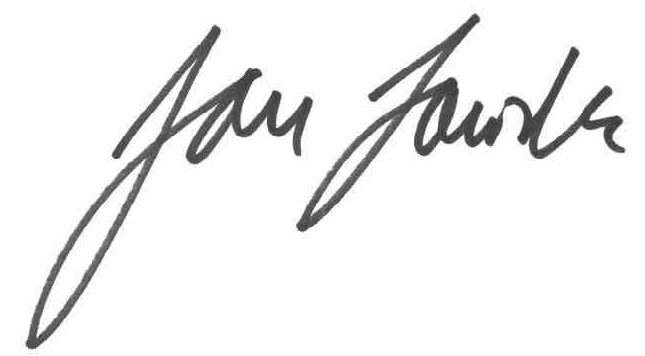