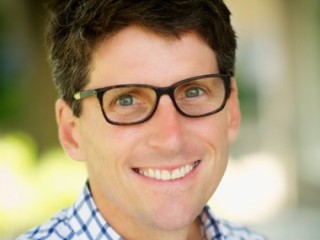 It is with great sadness that we share the tragic news that Jay Robinson, PTAA's President, passed away last week due to injuries he sustained in a skiing accident. Please join us in sending our love, thoughts, and prayers to Jay’s family, his Burkely Communities family, and all those whose lives he touched and are feeling his loss.

James Young Robinson III passed away June 16, 2021 surrounded by his loving family after courageously battling injuries sustained during a skiing accident in Colorado. Jay was born May 22, 1965 and grew up in Charlotte, NC.  He is survived by his devoted wife of 30 years, Julia, son Coleman, daughter Sloan (and dog Blaze).  He is also survived by his parents Carolyn and Jim Robinson, of Hilton Head Island, SC, brother, Harris Robinson (wife Sarah and daughters Wellesley and Cameron) of Greenville, SC  and sister, Allison Hajj (and son Gabe) of Raleigh, NC.

He is also survived by mother and father–in-law, Lou and Buzz O’Brien, brother-in-law, Frank O’Brien (wife Linda and daughter Morgan and son Clark) of Greenville, SC.

Joy and laughter surrounded Jay everywhere he went. He defined the saying “live life to the fullest” – his glass was always more than half full. Jay’s army of friends can only smile when his name or many nicknames are mentioned. Jay loved music, dancing, hunting, wearing costumes or camo, and travel adventures.  Mostly, Jay loved his family.  His love story with Julia started at Appalachian State University and blossomed in Greensboro where Jay and Julia made their home in 1990.  They remained best friends until his last day.  Jay was Coleman's mentor and confidant, and he created a magical father-daughter relationship with Sloan. Jay was so proud of his children and the wonderful adults they have become; he considered them his greatest accomplishments.

Jay graduated from Appalachian State University with a degree in Accounting and worked at KPMG, Commonwealth Hosiery, and Battleground Restaurant Group. An entrepreneur at heart, he joined forces with Sterling Kelly as a partner and President at Burkely Communities in 2012. Jay served as the President of the Piedmont Triad Apartment Association (PTAA) and was a Member of the Vestry of Holy Trinity Episcopal Church.  Jay was a man of faith and a servant leader who impacted those around him and made the world a better place.

The family wishes to express their gratitude to faithful family members, friends and the caregivers at St. Anthony Hospital in Lakewood, CO who have walked with them side by side throughout this challenging journey.

In lieu of flowers, donations may be made in the name of Jay Robinson to the permanent endowment at Holy Trinity Episcopal Church (607 N. Greene Street Greensboro, NC 27401).

The family has planned a Celebration of Life at Odens Brewing on Monday, June 28th starting at 4:00 pm. Please wear colors, camo or costumes (no navy or black) and come prepared to sing and dance in true “Catbird” fashion. A private family service will be held at Holy Trinity Episcopal Church at a later date.

New Credit Card Would Allow Renters to Use Rewards to Pay Rent, Home Down-PaymentsJune 22, 2021 Winston-Salem Able to Require Affordable Housing on Lots it Sells/Gives to DevelopersJune 17, 2021