On March 6 members of the Piedmont Triad Apartment Association visited Capitol Hill in Washington, DC as part of the National Apartment Association’s Lobby Day. While there, PTAA’s representatives met with Rep. Virginia Foxx, Rep. Ted Budd and Rep. Mark Walker to help advocate for NAA’s legislative priorities, which this year centered around housing affordability, including:

PTAA’s representatives were also able to join other apartment industry professionals from North Carolina for a photo opportunity with Sen. Richard Burr on the steps of the Capitol, and sit in on meetings with staff members from Sen. Tillis and Sen. Burr’s offices. Despite the frigid temperatures they had a very successful day advocating on behalf of the apartment industry. 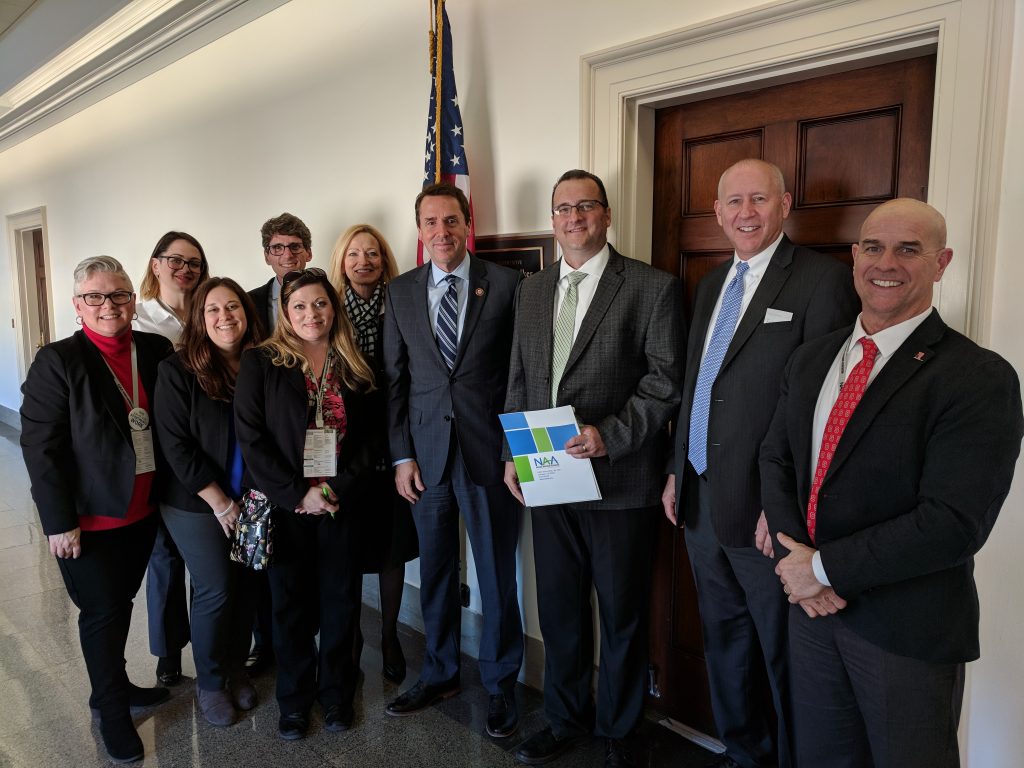