The general public has become aware of the housing crunch in the single family home sector thanks to numerous stories in the press about bidding wars for every home that goes on the market, skyrocketing prices, etc. On the other hand, most people have no idea what's been going on in the rental housing world and are often surprised to hear that the available supply of rental housing is at historic lows throughout the country. Just how tight the rental market has become is made clear in this article on GlobeSt.com - here's an excerpt:

The lack of availability also has “nothing to do” with construction completions, according to RealPage: new completions over the last year hit a three-decade high of 362,087 units, a wave that would historically be considered a major risk factor for investors but which has wholly failed to meet demand in the current cycle.

Net absorption hit 610,715 for the year ending in September, smashing prior records by more than half.

“We were bullish on apartments heading into 2021, but the magnitude of the demand boom is far beyond even the most optimistic forecast,” said RealPage director of forecasting and analysis Carl Whitaker. “And the absorption numbers could have been even bigger if not for the historic lack of availability.”

It would be tempting to blame this historic supply shortage on the pandemic, but it really has its genesis in the Great Recession over 12 years ago. We saw a massive decline in new home construction at the time, a decline from which we have never fully recovered. While apartment construction has been strong over the last ten years, it hasn't kept up with an increasing level of demand that was exacerbated by the anemic SFH construction pace (see charts below) over the same time period. 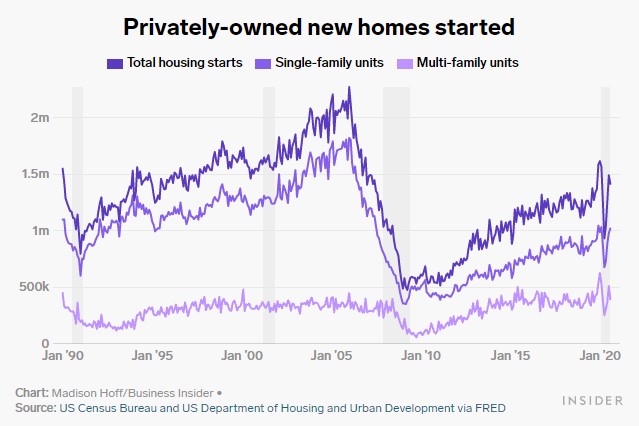 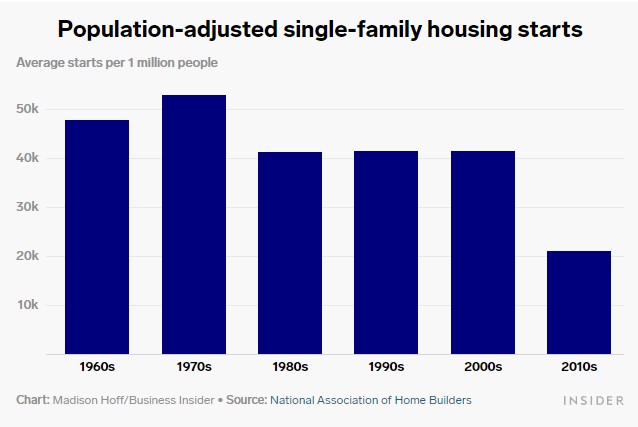 When I bring this up in all those affordable housing meetings I'm often met with feedback like, "Well, this doesn't have anything to do with affordable housing because that's housing that has to be subsidized anyway. We need to build more dedicated affordable housing and not worry about the rest of the market - it will take care of itself." My reply to them boils down to these points:

It's taken a long time for our country to dig this housing hole that it's in, and we're not going to build our way out of it overnight, but we need to get serious about it. Yes we need more affordable housing, but we also need more workforce housing, and yes, upper income housing. That will require comprehensive and smart policy making. Cities around the country, including here in the Piedmont Triad, are considering all kinds of measures, some positive and some negative from a housing provider's standpoint. It is critical that members of the apartment industry pay close attention to these policies and advocate on behalf of the indsustry at the local, state, and national level. PTAA, the Apartment Association of North Carolina (AANC), and the National Apartment Association (NAA) are all focusing intently on these issues and so I ask that in the coming months and years please pay attention to their work and when the time comes, support them in their advocacy efforts.