Triad One of Strongest Apartment Rent Growth Markets in the Country

According to the Yardi Matrix September National Multifamily Report, last month the Triad was one of the strongest apartment markets in the country in terms of year-over-year rent growth. From the report: 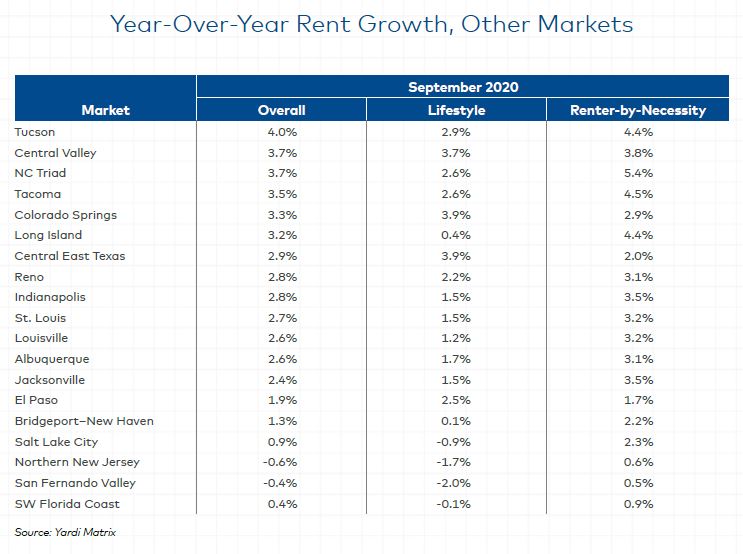 To put this in perspective, of the major metro areas Charlotte was among the best performing cities in terms of rent growth and it came in at 1.7% About half of the other major metro areas experienced year-over-year declines, with the most severe declines coming in high-cost cities like San Francisco (-5.8%).

There's still a lot of uncertainty out there thanks to the pandemic, but at least for now the smaller, more affordable metro areas appear to being holding steady for apartment operators.